E-Commerce May Be Wal-Mart’s Achilles’ Heel

Ask any small business owner and they will tell you that for decades now, Wal-Mart has been putting a strangle-hold on small businesses by using their enormous buying power to undercut prices. Their huge stores and massive selections drew people away from Main Street, shutting down Mom and Pop businesses across the country. Things appear to be changing, however, and e-commerce may be Wal-Mart’s Achilles’ heel. 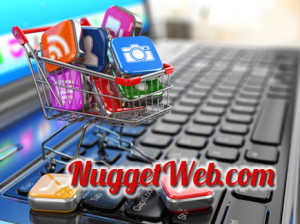 You see, for the past five consecutive quarters Wal-Mart’s has seen its sales slip. While they’ve blamed it on everything from cold weather to cutbacks on food stamps in Washington, investors aren’t buying it. This past Tuesday, the investment bank Goldman Sachs downgraded Walmart (WMT)’s stock to ‘Neutral,’ saying that big-box stores are losing out to online retailers and stores with more focused inventories.

Brian Sozzi, CEO of Belus Capital Advisors, said in note to clients in May that the company “continues to massively under-perform for an investor that is growing not to expect much”. As if that wasn’t strong enough wording, Sozzi went on to say “I view Walmart as going to a very, very dark place in the next 5 to 10 years.”

The reason for Wal-Mart’s recent problems appear to be caused by consumers spending more money online and less time driving to the store to pick up things they don’t need right away. While Wal-Mart customers continue to shop less and less at the big-box retailer’s stores, sales for online businesses like Amazon and smaller retailers are on the rise.

According to a recent story by CNN, Wal-Mart’s immense selection is becoming less appealing to today’s shoppers who appear to be looking for better deals at retailers with a narrower assortment of products.

There’s no need to worry that you may drive to your local Wal-Mart store anytime soon to find the doors locked and a for-sale sign on the window. The company still rakes in $469 million annually, however, the Internet has, however, become a great equalizer for small businesses.

Having the opportunity for your products and services show up in search results alongside other massive retailers’ products gives businesses a chance at sales opportunities they could never have had elsewhere.